I've really been able to sew a lot more since we bought a bigger house last year.  I now have a designated sewing area so instead of having to drag the machine out to the kitchen table and have it all packed up again before dinner it's always there, ready to go, so as a result, there have been many hand made gifts from me this year!

This is a drawing bag I made for a little boy who was turning 2.  It was inspired by a monster art tote I saw on Craftster.   The inspiration was a square bag, but I decided I wanted it to be big enough for standard colouring books, so I used to extra space to add his name with felt.


Gen was rather taken with Duke's bag so I decided to make one for her too.  She's not much of a monster kind of girl, so I put a teddy on hers. 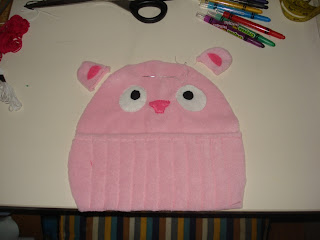 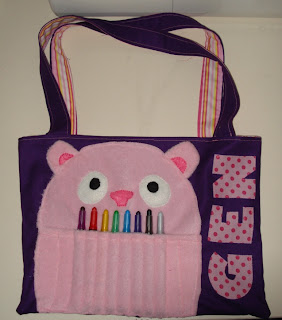 It was my first time using fusible webbing to applique the name on.

Next up is a paperback book cover I made for my cousin.  I read a few of tutorials and then made up my own pattern after measuring a bunch of my own books. 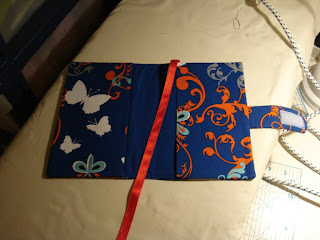 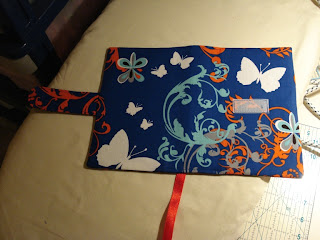 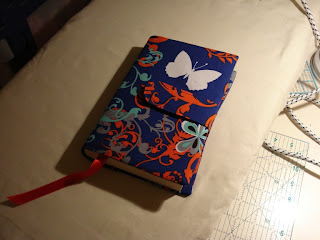 One of these days I'll get around to making one for myself too!
I also made a liner for my stroller, with the intention of making a few different ones, but haven't gotten around to that yet (she'll probably be too big for a stroller by the time I do).  I found a stroller liner tutorial on the net, but instead of following their instructions exactly I made my own pattern by tracing around the liner that came with the pram. 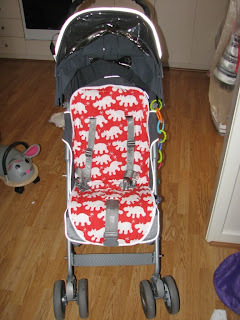 I also made some fabric gift baskets for the girls teachers for Christmas last year using a tutorial I found on the net somewhere.  The first two were for their ballet teachers 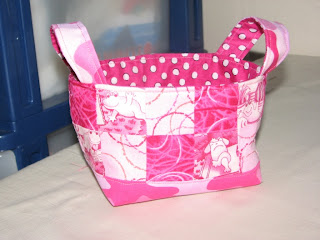 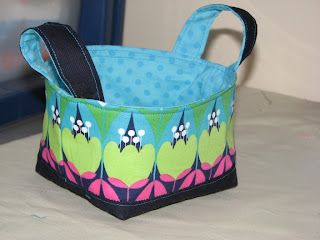 There is a little organza bag full of choccies in there, and a facewasher reindeer, and a porcelain christmas ornament that they decorated using my porcelaine pens.

The next two were for their class room teachers. 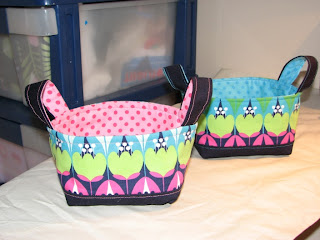 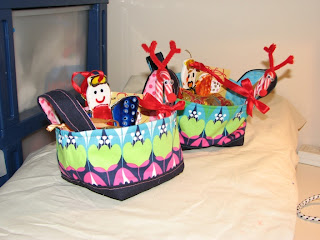 They had pretty much the same thing in them, with a candy cane reindeer instead of a facewasher.


Next up are the laptop bags I made for the girls.  We gave them little netbooks for Christmas so I read a bunch of tutorials and then combined elements from a few different ones to make these little bags. They are made from heavy weight Ikea fabric and lined with red cotton, with bamboo quilt batting sandwiched in between for a bit of protective padding.
Oops apparently I forgot to rotate this image file.. ah well.. do me a favour and just turn your head to the side a bit :P

Then we come to Easter.  I made each girl a fabric basket with their initial on the front.  They've all used their basket for different purposes since Easter.  Caitie keeps her DS and MP3 player etc in hers.  Gen's one holds all of her cloth food from Ikea, and Lilly uses hers as a teddy bed. 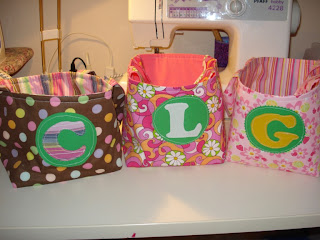 I didn't have a lot of luck finding dairy free easter eggs for Lilly this year so to minimise the amount of chocolate she was getting I made these little egg pouches out of felt (you can probably find which tutorial I followed if you google it).  In them I put a few bits and bobs in there.. like a little stamp and some stickers and a pencil etc. 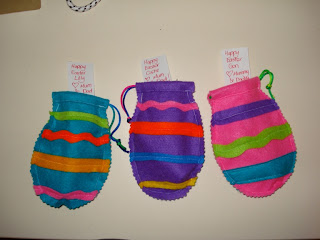 They were so easy I ended up making a few more for other kids that we were going to see on the day.


This bag was a birthday gift for a 9 year old girls birthday.  I made a buttercup bag, and a zippered pouch (that I put a couple of dollars in) and we bought her some sunglasses, so I made a pouch for those.  And I also made a rainbow headband and some ribbon hair clips. 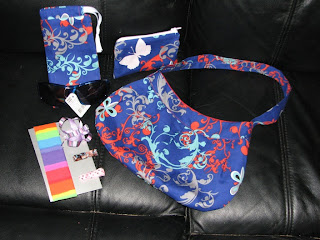 The buttercup bag is so cute and easy, I plan on making myself a slightly larger one at some point.
Posted by Melli at 3:43 pm

Wow those are very cute bags! Did you make it yourself?