We have been filling shoe boxes for Operation Christmas Child for a number of years.

I have always been aware that it was a christian organisation, but thought that since you aren't allowed to include religious material in the shoe boxes that the religious ideals of the organisation were not actively involved in the giving of the boxes.. only to stumble across this website last night

After reading the pdf of the book that they hand out to kids when they give them the boxes I am a little alarmed that I have most likely been inadvertently evangelising for the last few years! 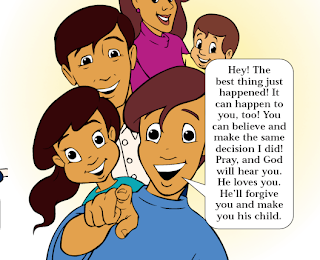 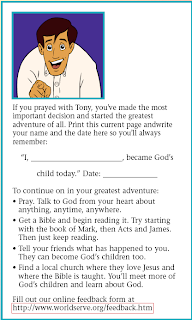 
Since the site I found was a UK one I thought maybe the Australian branch of OCC might do things a bit differently, but after looking through the photos on their site, I can clearly see the cover of that book in a number of them.


I have also found a Canadian site that expresses the same concerns.

I don't oppose christianity. I think people should be allowed to believe what they want to believe. But I don't think it necessary for everyone to believe the same thing. And I do not like when people take their beliefs and go out and actively try to convert poorly educated people to their religion. And I certainly don't want them using MY gifts as a means to do it.


We've filled almost 10 boxes over the years.. the thought that those boxes might have been used to trick children into fundamentalist beliefs makes me feel a little dirty.

I think I will find a different charity to support next year.